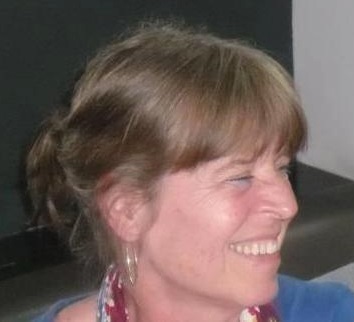 Jacomine Nortier is Associate Professor in sociolinguistics/multilingualism at Utrecht Institute of Linguistics, University of Utrecht in the Netherlands. After her study of linguistics in Amsterdam and her PhD in 1989 (Code-Switching Dutch/Moroccan Arabic, supervised by Pieter Muysken), Nortier held a position as a postdoctoral fellow at the University in Nijmegen; since 1992 she has held several positions at Utrecht University. She has been involved in a number of research projects, among which TCULT (on the mixing of languages and cultures in a multi-ethnic neighborhood in Utrecht), LUCIDE (on multilingual practices in European cities), and YILUPS, a project on linguistic dimensions of the use of urban public space in Utrecht by young people, in cooperation with colleagues from the Department of Urban Geography. She has published on the topics of code-switching, multilingualism, language contact and the emergence of urban youth speech styles and (multi-)ethnolects.

Abstract: "Youth languages: What are we here for?"

In the conference announcement and call for papers, six questions or focus areas are formulated.  These questions all relate to youth language, in one way or another. In the first part of my paper I will discuss some problems associated with the notion ‘youth languages’.  Is there a common understanding of what a youth language is? Rampton (2015) proposes the term ‘contemporary urban vernaculars’ (without ‘youth’). What do the languages, varieties, styles or practices that participants at this conference are dealing with, share and where do they differ? Is it justified to use ´youth languages´as a cover term? In other words: what is it that brings us here together?

I hope to contribute to the discussion by concentrating on the relation between oral and written stylizations. In the Dutch context, elements from Moroccan languages (Arabic and Berber) are often used by Moroccan heritage speakers but also by others.

I will give illustrative examples of polylanguaging, from an ongoing small project on the role of Moroccan in virtual communicative exchanges between young people. It will be shown how elements that are originally part of Arabic or Berber are re-shaped and re-interpreted to serve identification purposes and communicative functions.

I will argue that written data are particularly well-suited for the (de-)construction of identities, or as it is called ‘Doing youth, doing peer-group’ etc.